‘Salalah ‘on the coastal plain in Dhofar Governorate, is the administrative capital of Oman and the second largest city of the Sultanate, 1040km away from Muscat in the north. Salalah is tropical….

We drive through the ‘plantations ‘with banana and coconut trees that give Salalah the name of ‘Green City.’ Its always a pleasure to stop at the fruit stalls to drink coconut milk and to taste several varieties of local banana types… 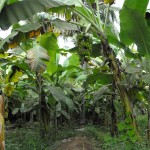 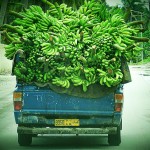 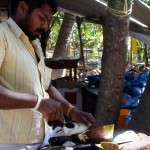 Along the Sultan Qaboos road we proceed to he archaeological site ‘Al Baleed‘ with annex the ‘Museum of the Frankincense Land.’  A visit can be a start or an ending point of your city journey. The ‘History Hall’ of the Museum put the Dhofar region better known as the Frankincense Land on display. The ‘Maritime Hall’ shows Oman’s rich marine history. But also a copy of the speech of Sultan Qaboos to his people on the day of his accession, 23th of July 1970, hangs in the museum. The history of ‘Al Baleed‘ has roots deep in ancient past. Famous travellers like Ibn Mujawir, Marco Polo, Ibn Battuta visited the site during Medieval Times. Four sites –Shisr Wubar, Khor Rori Sumhuram, Al Baleed and the natural incense reserve Wadi Dawkah are from 2000 listed on the Unesco World Heritage sites……. 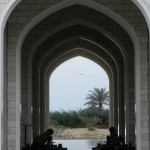 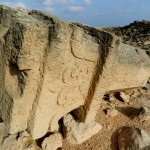 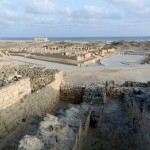 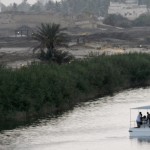 Driving further on the Sultan Qaboos road brings us to ‘Al Hisn Palace’– one of the three palaces that belongs to Sultan Qaboos in Salalah-  worthwhile for a photo stop. In this palace Sultan Qaboos, the only son of the late Sultan Sayyid Turki bin Taymur on 18th November 1940 was born.  23 July 1970, also in the palace, the young Sultan deposed his father and commenced with the modernization of Oman, the so-called Renaissance. Nowadays Al Hisn Palace is a huge Royal Administrative center near Al Hafa Soukh. 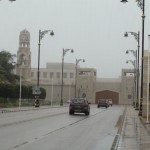 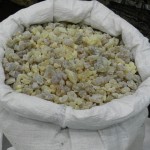 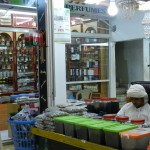 In ‘Al Hafa Soukh,‘ incense is in the air. The measure for quality is the colour. Frankincense give its perfumes free by fumigation. For fumigation incense burners are made by the women of Dhofar. Gladly they will introduce you in the smells of  bukhur. Bukhur also used to perfume is a woman’s matter. Bukhur and frankincense are still traditionally embedded in the daily life of the Omani.

Driving through the town, ruins of old houses tell about the past, before 1970. Visit the’ fish-and meat market’ with vegetables and dates. In Dhofar, agriculture is a main industry. At the ‘Nomad market,’  the bedouin – farmers sell their goats, camels, cows…the ‘Gold soukh‘ offers other shining delights…all a lust for the eye… 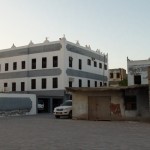 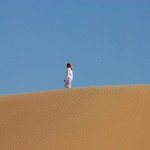 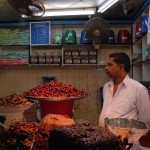 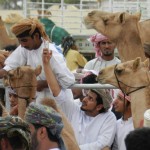 Along the 23th of July street, on the corner in soft colours awaits ‘Sultan Qaboos Mosque’ also for non-muslims from 8am till 11am, from Saturday till Thursday. In the main prayer hall four softly decorated columns support the weight of the 4 ton dome. Also a piece of art with beautiful tiles and stone work is ‘Shanfari Mosque.’ 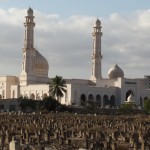 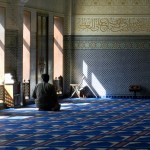 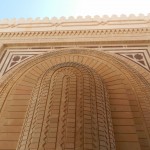 City tour 4 till 5 hour, morning or afternoon on request